The article, “Is Trades of Hope a Scam” has been shared around and I finally had the time to respond to it.  These are my honest thoughts as someone who has been a part of Trades of Hope for over 4 years:

I appreciate the thoughtful response and questions about Trades of Hope here. It’s important to do research on any new endeavor that you are considering, especially if it makes these kinds of significant claims. Since this was written, the website and compensation plan have both been updated quite a bit, so I encourage people to continue to research after reading this. And take their advice to talk with a real CE before making a decision. I am thankful to have been with the company for over four years and would be happy to flesh this out with anyone who is interested. I’m also honest about the challenges of this kind of business model and though I believe it’s doable for anyone who has the passion and resilience to do it, not everyone who has joined has lasted.

I also think some things have been misconstrued in this article. We work very hard NOT to have a “Great White Hope” mentality. But the reality is that opening up the US marketplace to our artisan partners is what’s allowing them to be paid fair wages (through our outside accountability as Fair Trade Federation members.) If you’ve ever traveled and shopped abroad in impoverished places, you know that you can haggle down prices with artisans and they are often not getting paid a living wage for their work.

Not to mention that every major US company that wanted a piece of Haiti in their shops after the big earthquake, haggled down prices with one of our major artisan groups there.  (This was told to us personally by their founder). Trades of Hope was the only company who didn’t haggle prices and the only one that has consistently partnered with them for the last 9+ years.

And it’s a DIGNIFIED PARTNERSHIP. I have personally visited artisan groups in three of the countries we work with and they bring their traditional crafts (beading, dying, weaving, clay work, upcycled traditional fabric, detail painting, block printing, etc.) , some handed down for generations, their gorgeous designs and products (that I could personally never create) and we, as Compassionate Entrepreneurs, bring access to the US marketplace and are the sales team for our product developers. We both bring something necessary to the table that the other doesn’t have and it’s a beautiful partnership.

The only free vacations offered are ones that you earn through sales (I just went on an amazing trip to meet artisan groups in Guatemala this fall with a group of fellow CEs) and it is possible to make a career of this, but (like most jobs) it takes consistency, effort and building a team.  #BetterTogether

I used to not like the idea of “recruiting” but have come full circle about that in the last four years. If Trades of Hope was merely a brick and mortar store or an online presence, you probably never would have heard of us.  We don’t have the celebrity connections and capital that many businesses do, and instead of spending gobs of money on advertising, we pay everyday women to work hard and be the pop up shops and speakers and influencers and Brand Ambassadors and event vendors and megaphones for our artisan partners voices.  (And why shouldn’t we get paid for our time, efforts and skills?)  Since our founding in 2010 we have created almost 20,000 jobs between the artisans we partner with and the Compassionate Entrepreneurs all over the US.

How many businesses have had that kind of exponential impact in such a short time?

And you know who else has no problem recruiting? Human traffickers. The latest trend is for pimps and trafficking ring leaders to financially incentivize victims to recruit more victims.  So until that bullshit stops, we need an ARMY OF WOMEN who are putting their compassion into action and making a difference for women coming out of trafficking as well as providing income opportunities that PREVENT women from being vulnerable to it in the first place.

BOTTOM LINE:  Trades of Hope is right in this awkward middle place between doing important sustainable work that is usually associated with non-profits (who seem to escape this level of criticism and often don’t provide long term sustainable solutions), and Direct Sales companies that provide flexible income for women (with a tainted perception to some.) But we don’t pay as much to our consultants because unlike so many of those DS companies, we pay the people who make our products fair wages. 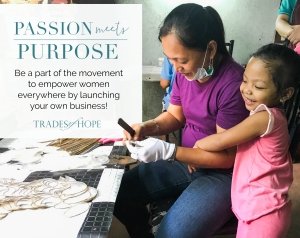 Sometimes it feels like we can’t win, but I believe it’s a genius missional business model that balances the best of both worlds and plans to do good work and continue to grow for the better well into the future.

And I boldly invite you to be a part of this sisterhood that is truly changing the world! 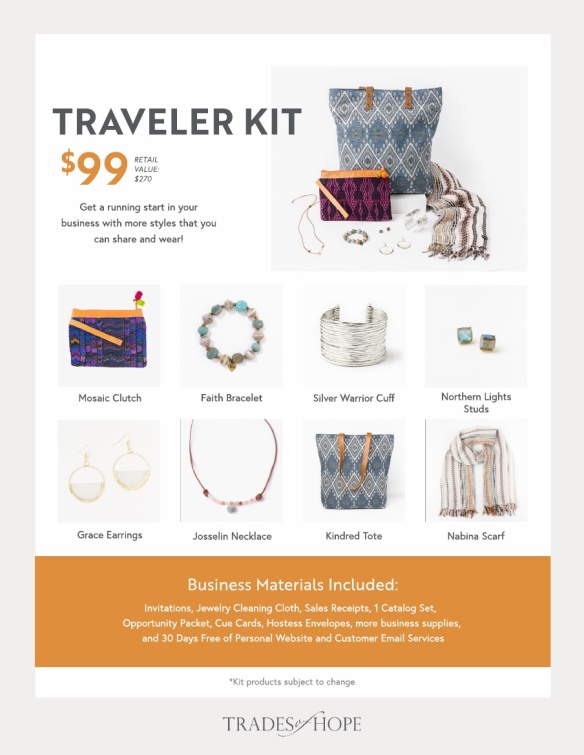 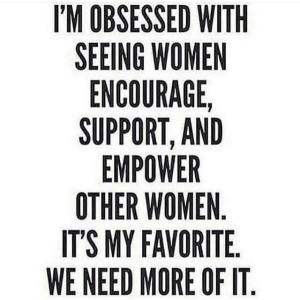 It’s a lower financial investment than almost any Direct Sales company I’ve seen:  a kit of our top selling items at over 50% off with a variety of categories and countries represented.  $99 plus (shipping and tax) is all you need to wear and share HOPE at whatever level works for you.  No inventory to carry/store and no monthly purchases required.  Click “Become a Partner” for more details and/or to purchase a kit:

Thanks for reading and considering linking arms with a sisterhood that is injecting HOPE into the world everyday.  We want more women and a wider variety of women.  Come join us!!! 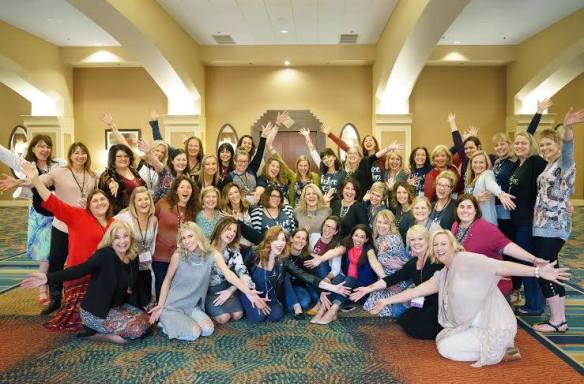 WHAT OTHER QUESTIONS DO YOU HAVE ABOUT TRADES OF HOPE?

7 thoughts on “Is Trades of Hope a Scam? RESPONSE”

What say you? Cancel reply